The department of Malayalam started functioning in 1922. During the tenure of Prof. P V Ulahannan Mappilla, a great scholar, a gifted teacher and an orator, started BA and MA programmes in Malayalam. Affiliation for BA was granted in 1959 and for M A in 1960. Prof. K V Ramachandra Pai, a well-known grammarian, editor, and writer, was also instrumental in the growth of the department. The Herman Gundert Chair for Kerala Studies was established by the department in 1993. Mahatma Gandhi University, Kottayam, recognized it as a Research Centre in 1994. The Ulahannan Mappilla Centre for Research was built in 2004 and instituted in his name has been funded by his children. 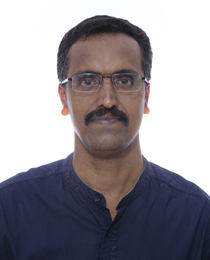